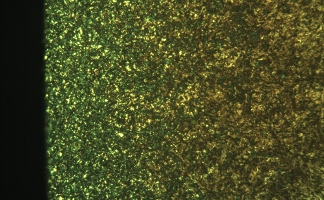 Carbonitriding is a process in which carbon and nitrogen are simultaneously infiltrated into the surface of steel at a temperature of about 800oC to 880oC, lower than ordinary gas carburizing, and then quenched and hardened.

In gas carbonitriding, NH3 gas is added to a normal gas carburizing atmosphere, and nitriding and carburizing are performed simultaneously by the N component decomposed from NH3.

Since the hardenability is improved by nitriding, it is possible to treat non-alloy steel such as SPCC and low carbon steel which cannot be applied by gas carburizing, and the reduction of material cost is also a great advantage.

Since it can be quenched at a lower temperature than gas carburizing, deformation and distortion due to heat treatment can be reduced.

Thaiparker has continuously improved and developed its Management System and production processes until receiving the ...... quality system certification